Magic of the Kalevala

MAGIC OF THE KALEVALA

Experience the Magic of the Kalevala, the national epic of Finland, during our 3 hours program! Learn about the myths of the Kalevala, the creation of the world and the magic of the Sampo. Find out the heroes of the Kalevala, who have supernatural powers and the bear mythologies of the north. Listen traditional Finnish folk songs singed in the Kalevala metre and sing along. Hear music played by traditional Finnish instruments e.g. kantele and take part in folk dance. Wäinölä, the venue of the program, is located in the woods of Nuuksio and dedicated to the Finnish folklore and traditions. Magic of the Kalevala-program includes herbal drink with salty pasty for arrival and vegetarian lunch with dessert at the end of the program. In Wäinölä there is a gift-shop with hadcrafts made by local artisans.

Wäinölä is situated next to the Nuuksio National Park, less than 40km from the Helsinki airport and the Helsinki city center. Kalevala is the name of the epic as well as the name of the village, where Väinämöinen, the main person lived, therefore the village was also called Wäinölä. A log house of Wäinölä is build according to a house of the iron age and the viking era. It is made from hand carved logs and iron parts are made by a local blacksmith. There is an open fireplace and around 4 long tables there are seats for 45 people. Wäinölä is open year around and the log-house of Wäinölä is warm during the wintertime. In the courtyard of Wäinölä there are two campfire places and a hut dedicated for the northern Bear mythologies.

Kalevala is compiled by Elias Lönnrot 1835 from oral folklore and mythology. The Kalevala tells about love and loyalty, hatred and jealousy, it tells about the past when people lived close to the nature.

Nuuksion Taika- in english Magic of Nuuksio- is family owned company, with strong connection to the nature. Company is specialized in the Finnish traditions and folklore.

Drive from Helsinki city center or from the Airport less than 40km.

10.00 We will welcome you with herbal drink and traditional Finnish salty pasty by the campfire
10.30 You will visit the Bear-hut, meet an authentic looking brown bear and learn about Bear mythologies of the Kalevala
11.00 Folk musician will tell stories and sing songs from Kalevala, play traditional Finnish instruments e.g. kantel. You can join the singing as well dancing. Program will be arranged by the campfire or inside log-house of Wäinölä, depending on the weather.
12.00 Lunch will be served in a magic atmosphere of Wäinölä. You will taste a local wild food that even a bear would like: a wild mushroom-pie with wild herbs and green salad, and a dessert made from forest berries and honey.
Gift shop will be open: Finnish handcrafts and wild food
13.00 The end of the program

Magic of the Woods-walking trip

Magic of the Finnish Sauna

Magic Night by the Lake 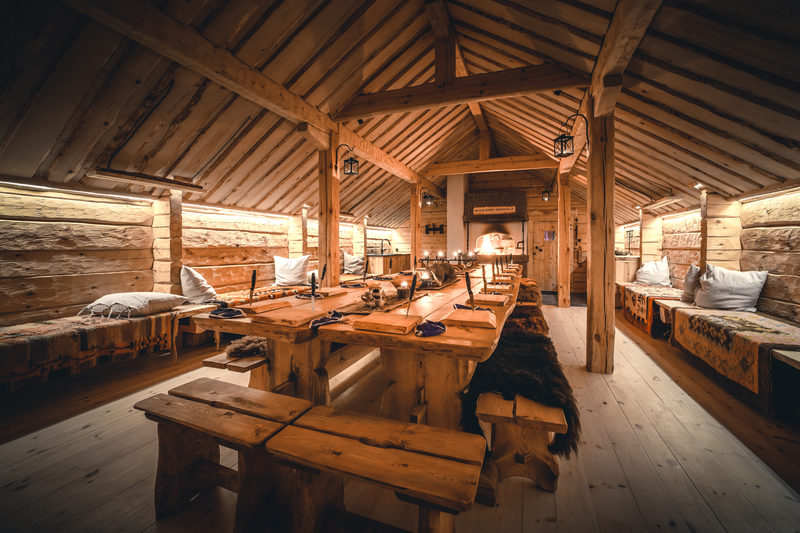